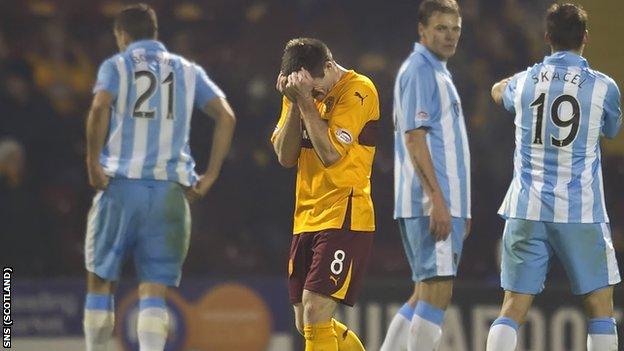 Jennings was one of nine men arrested on suspicion of conspiracy to defraud over bets placed on a game between Motherwell and Hearts in 2010.

Jennings, who had already been booked, was shown a straight red card for foul and abusive language aimed at referee Stevie O'Reilly in the 2-1 defeat.

He had denied any wrongdoing.

"Mr Jennings stated from the outset that he's had no involvement whatsoever with any criminal activity and this vindicates his stance throughout."