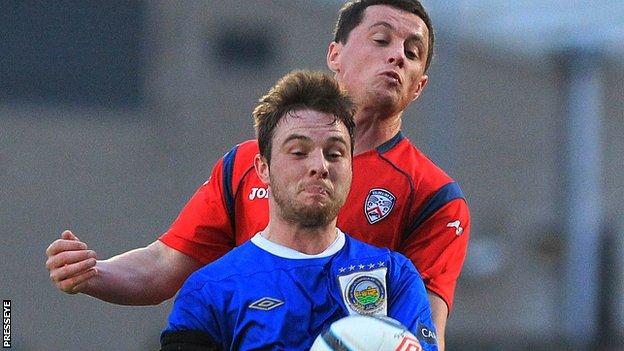 Champions Linfield and Europa League-chasing Coleraine failed to produce a goal at Windsor Park in a drab clash.

Ryan McIlmoyle and Aaron Boyd missed first-half chances for the visitors with Daryl Fordyce going close for the home side.

Linfield keeper Alan Blayney hobbled off before half-time because of injury.

Replacement keeper Ross Glendinning saved from Curtis Allen after half-time while substitute Gary Browne blasted over for the Blues.

The result keeps Coleraine fourth in the table. They go into Saturday's final round of games - where they face Crusaders at Seaview - three points behind Cliftonville and two points adrift of Portadown.

Blayney's injury will be a concern for David Jeffrey ahead of the Irish Cup final against Crusaders on Saturday week.