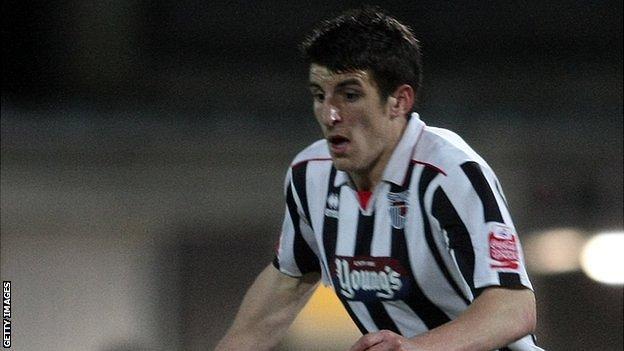 Grimsby Town joint-manager Rob Scott has revealed that forward Michael Coulson is set to leave the club in the summer after rejecting a new deal.

The 24-year-old has made 47 appearances for the Mariners this campaign, scoring eight goals.

"Michael has declined the offer of a new contract with us," Scott told BBC Radio Humberside.

"We've put to him what we think was a very good offer at this level and he has turned that down."

He added: "Players are entitled to talk to other clubs when they're in the last six months of their contract.

"He's been a good servant to this club but if he wants to take the lottery of looking elsewhere then that's fine and we wish him all the best."

Coulson joined the club from Barnsley in 2009, initially on loan before signing a permanent deal in the summer of 2010.

He has made a total of 101 league appearances for the Blue Square Bet Premier side but was left out of the squad for Saturday's 0-0 draw with AFC Telford.