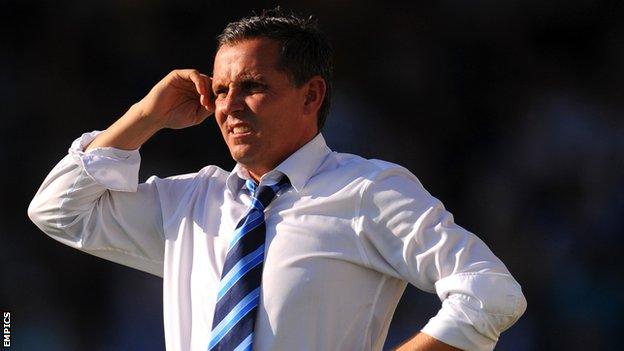 Luton Town boss Paul Buckle believes his side are starting to display the quality required for a promotion chase.

The Hatters to leap-frog the Harriers into the Blue Square Bet Premier's final play-off spot.

Luton have now taken 10 points from a possible 12 since a disappointing 3-1 defeat by Braintree in early April.

"We're not there yet but we feel we've turned a corner," Buckle told BBC Three Counties Radio.

"It was a bleak old day at Braintree. It's still in the back of my mind.

"We never want to go back to that. We want to see this work ethic and the quality to go with it. If we do that we've got every chance."

Fifth-placed Luton are three points behind York City in fourth and a point clear of Kidderminster, who are one place behind them.

But Buckle's side have a game in hand on their rivals - Monday's trip to Gateshead - before the regular season comes to a conclusion on Saturday.

"It's in our hands now. We've worked very hard to get into this position," said Buckle.

"The key now is to not celebrate. We've done nothing, we need to concentrate and recover quickly because the games are only going to get bigger."