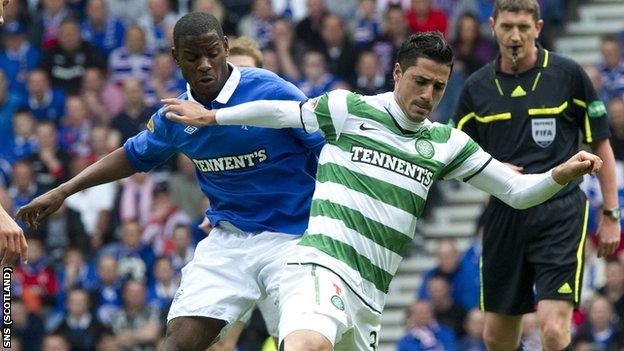 Celtic, who have clinched the Scottish Premier League title, go into the game 18 points ahead of their rivals.

Ally McCoist's side won the last derby, a 3-2 win at Ibrox on 25 March, that prevented Celtic from clinching the title that day.

Thomson was in charge for the derby at Ibrox last September, when the hosts won 4-2.

Celtic emerged victors the last time the sides met at Celtic Park in December, Joe Ledley heading the only goal of the game.