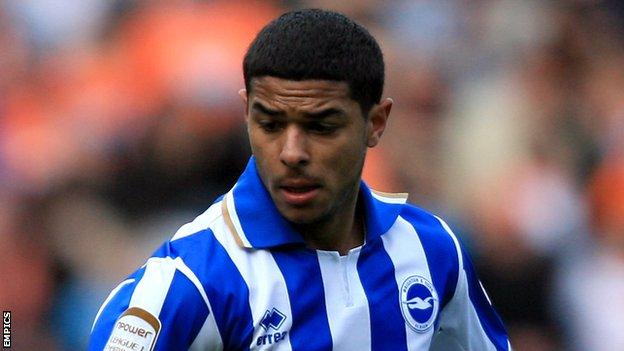 Brighton & Hove Albion midfielder Liam Bridcutt says it is an honour to have been named as the Championship club's player of the season.

Bridcutt, who joined Albion on a free transfer in August 2010, received more than a third of the votes cast by fans.

The 22-year-old told BBC Sussex: "It's a massive achievement for me and means a lot. A number of lads deserved it.

"For the fans to vote for me is massive. Hopefully there's more good years to come for me."

Bridcutt has made 48 appearances in all competitions this season.

And the former Chelsea youth player paid tribute to Brighton boss Gus Poyet for helping to resurrect his career following his release by the Premier League giants.

"He's had a massive effect on my career and my game," Bridcutt added.

"Since day one when I came here, he's always encouraged me and is always telling me things and I'm always learning.

"He's a great guy and a great person to learn from."