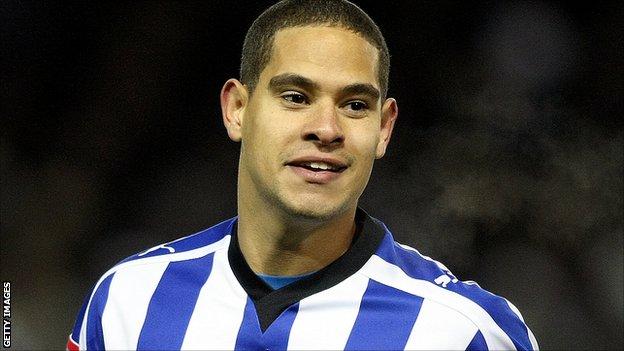 Bury are unlikely to keep Sheffield Wednesday midfielder Giles Coke at the club beyond the end of his loan spell, according to manager Richie Barker.

"We think ourselves lucky that he can't get in Sheffield Wednesday's team," Barker told BBC Radio Manchester.

"Unfortunately we'll probably see the end of him because he's getting noticed by some good clubs."

The Shakers boss continued: "If I was watching him, I'd be noticing him, because I think he's been fantastic.

"I played with him at Mansfield when he was 18 and he ticked all the boxes then, but he was a young player and a little bit naive.

"When we had an opportunity to get him in the first time around, we just wondered whether he'd moved on mentally.

"He's a complex character but, on his day, he can be as good a midfielder as there is in this division."

Coke spent three months with Bury early in the season and

Meanwhile, striker Mike Grella has been another new addition earning rave reviews from his manager.

The former Leeds and Brentford man and scored twice in the 4-2 win at Notts County on Saturday.

"He's really intelligent and he's a decent athlete as well," said Barker. "His two goals will have hit the headlines but the other stuff he's done has been good as well."

Three straight victories have guaranteed Bury's place in League One again next season and lifted them into the top half of the table.