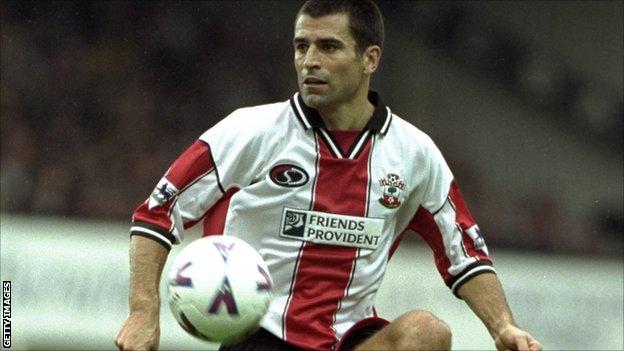 Former Southampton defender Francis Benali says promotion back to the Premier League is "fantastic" for not only the club but also the city.

Saints were promoted back to the Premier League on Saturday after a seven-year absence following their victory over Coventry.

And Benali believes the effects will be felt right across the city.

"It is fantastic for the fans, local businesses, the city and the local economy," Benali told BBC South Today.

Saints' promotion back to the Premier League marks a incredible turnaround for the club who have suffered their fair share of lows in the past seven years.

But manager Nigel Adkins' arrival has coincided with consecutive promotions with the south-coast side back in English football's top flight.

It will be a lot harder, there will have to be some strengthening done to the squad

"Relegation out of the top flight was a sad day. To then drop into League One was a low point for the club," said Benali.

"To come back from administration and be in the Premier League is fantastic.

"Being a Premier League city is of huge importance to the club, to the local economy and to be pitting our wits against the best players in the country and in the world is hugely exciting."

Benali played more than 300 times for the Saints in the Premier League and is fully aware of the challenge awaiting the club next season.

But he has faith Adkins' side will be able to cope.

"All the players will be relishing playing in the Premier League," said Benali.

"To get back-to-back promotions is fantastic and I'm hoping that momentum will follow on through into next season.

"It will be a lot harder, there will have to be some strengthening done to the squad.

"There will be a lot of speculation about how we will do next season, but it will be great to see the likes of Manchester United, Chelsea and Arsenal come here."