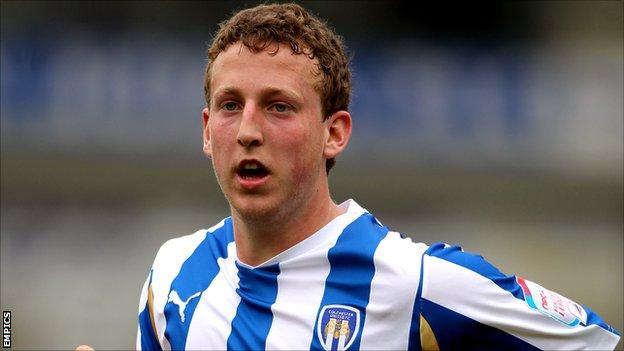 Colchester United's Tom Eastman says he has had an enjoyable second half of the season at the club.

The 20-year-old defender, who had a loan spell at Crawley earlier this season, has been a regular starter for Colchester since January.

He told BBC Essex: "I'm loving it at the minute. League One has some great strikers, and we've done quite well keeping them out.

"Hopefully I can push on, and have another good season."

Eastman was rested by manager John Ward for the trip to Exeter last month due to the amount of football he had been playing.

And the former Ipswich centre-back says he benefited from the rest, adding: "I'm still young, my legs still need time to get up to the game fully.

"It's probably the most I've played in a full season."

Eastman has now made 22 starts for the U's this term, scoring twice.