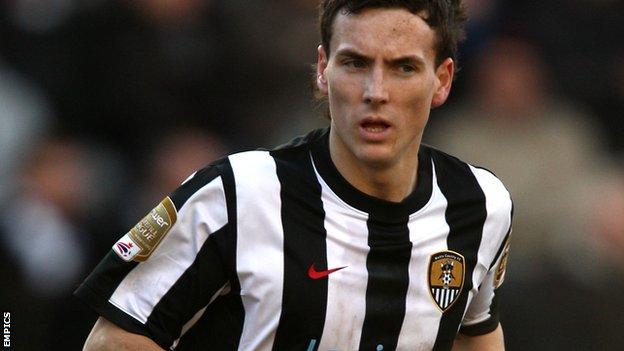 Exeter City boss Paul Tisdale says he expects Alan Gow to be with the club next season.

Gow, 29, signed on a free transfer until the end of the season but Tisdale expects the Scottish attacking midfielder to stay on at St James Park.

When asked if Gow would be a Grecians player next season, Tisdale told BBC Radio Devon: "That's the agreement.

"I think he wants a team and a pattern that suits him - he suits me and the team and the way we play."

And Tisdale says he is hopeful that Gow can flourish at Exeter in the same way that the likes of Ryan Harley and Matt Gill have done in the past.

Gow was without a club having returned from playing in India for East Bengal after spells at seven English and Scottish clubs either on loan or full-time since 2008.

"We will always be that club that provide an opportunity for talent and then we give them some direction and they will move on after that to a level which they're capable of.

"There have been plenty of players that have come here who have had the opportunity and talent to move on and maximise their potential.

"That's what Alan will do for us and hopefully along the way we will win games.

"He's been pivotal in the last two or three games that we've played and I'm sure he's enjoyed it," Tisdale added.