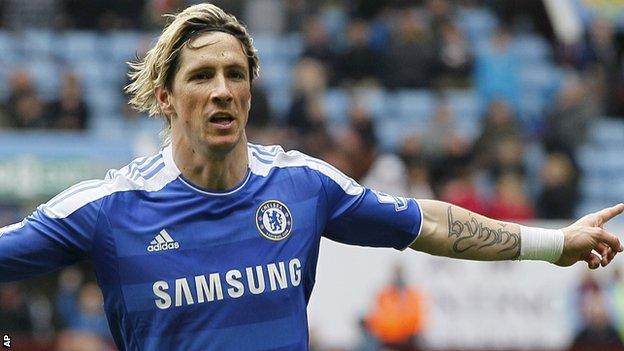 Chelsea hold a 1-0 first leg advantage going into the return tie at the Nou Camp on Tuesday.

"It is clear that Barcelona are a step ahead of all other clubs," Torres told Uefa's website.

"They have reached the last five semi-finals. But this is football: the best team doesn't always win."

Torres has highlighted the influence of Spain team-mates Xavi and Andres Iniesta for Barcelona and says that Chelsea cannot get drawn into a game in which they are chasing the ball against a side renowned for their passing ability.

"Xavi and Iniesta are players who dictate the rhythm of the game," added Torres. "When you play against them, you need to know that they are guiding the game.

"Many teams who play Barcelona think that you have to steal the ball from them, but I don't think that's possible.

"You have to use different weapons against them. If you want to steal the ball, you won't manage it and you'll get tired, and then create more space for your opponent."

Barcelona have not won a Champions League tie the three times they have trailed from the first leg and Chelsea coach Roberto di Matteo insists his side will be trying to score and not just try to protect their slender lead.

"The referee can be a big part of the game. You could see that in the past," said Cech. "There were great games between us and Barcelona but there was controversy, which was a shame, overshadowing the great games on the pitch.

"The referee will have the same professional approach as we had in the first game, which was without controversy."