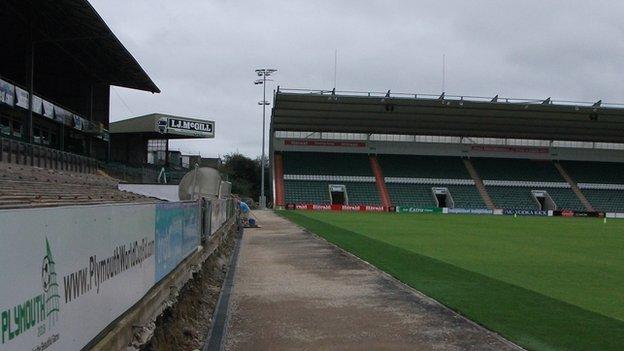 The Plymouth Argyle Fans Trust say they have had an 'extremely productive' first meeting with owner James Brent as they examine whether to take a 20% stake in the Home Park club.

Brent has given the trust until the end of September to decide if they want to take up his offer.

"It's part of a series of meetings that are going to draw confidence on both sides," he told BBC Sport.

Nicholson says there will be more meetings over the summer as the Fans Trust and James Brent flesh out how much they have to pay for a stake in the club.

"When we have a proposition to put to trust members there'll be full consultation," he added.

"Ultimately it's trust members who will decide if we take up the proposition."

The trust says they have not discussed how much James Brent would want for a stake in the club but are hoping to have a figure to target as discussions go on.