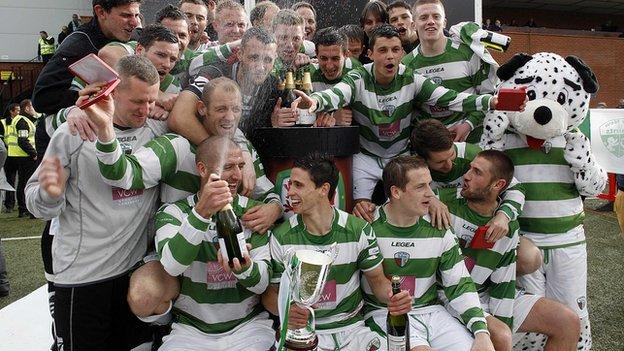 The New Saints manager Craig Harrison has put title celebrations on hold to focus on completing a rare double.

Saints secured the Welsh Premier League title on Saturday with a 5-0 win over second placed Bangor.

But Harrison says he is focused on beating Cefn Druids in the Welsh Cup final at Nantporth on 5 May.

"The season hasn't finished yet, we've got a Welsh Cup final so we'll be concentrating on that," he told BBC Radio Shropshire.

Harrison says there will not be any problem motivating his players for the chance to secure a first Welsh league and cup double since TNS did it in 2005.

"It should be simple, they should be up for any football game but especially when it's a cup final," added Harrison.