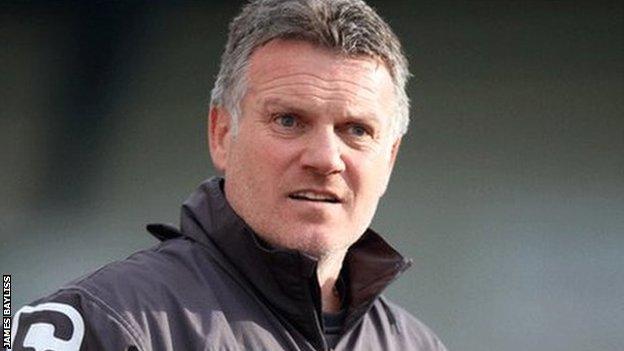 Telford boss Andy Sinton says players nearing the end of their contracts are competing for a future at the club.

Sinton says the run-up to Saturday's game with Gateshead will help him decide who to retain next season.

"Someone might change my mind, someone might actually play their way out with how he trains and plays," the Bucks boss told BBC Radio Shropshire.

"They know the way I operate, there's a lot to play for because next year the league will be harder."

The Bucks' boss admits that he has had to wait until Telford had mathematically secured their Conference status before planning for 2012-13.

"There was a job to be done and I had to be 100% focussed on that as the players were and as the club were," he added.

"Now we can start thinking (about next season)."