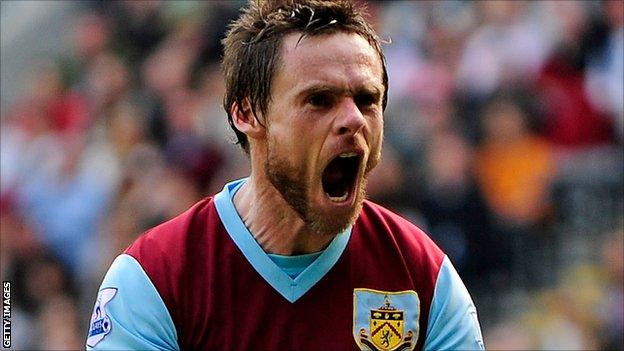 Former Scotland international Graham Alexander has conceded that his playing career is over, but wants to forge a new career as a coach at Preston.

The 40-year-old has played more than 1,000 professional matches.

"Obviously my playing days are over and I just want to get on with the other side of my career," Alexander told BBC Radio Lancashire.

"I want to get on with the other side of my career, which is helping players to improve and helping to win games."

"I've had a taste of it for the last three or four months and I've enjoyed every single minute of it," he added.

"Hopefully that will continue at Preston. I don't have to go on record to say how much the club means to me."

In April 2011, Graham Alexander became only the second outfield player (after Tony Ford) to make 1,000 appearances in English football

The defender, who played exactly 400 games in an eight-year spell at Deepdale earlier in his career, returned to the club at the start of the season after being released by Burnley last summer..

He began his career with Scunthorpe and later moved on to Luton, but it was in the north west where he enjoyed most of his success as a player.

Under the management of David Moyes, Alexander was part of the Preston team that won promotion to the second tier in 2000.

He also played in two Championship play-off final defeats in 2001 and 2005, but could not end Preston's long exile from the top flight.

A move to neighbours Burnley followed in 2007 and he won promotion to the Premier League via the play-offs in his second season with the club.

"Since I first came through the door at Preston [in 1999] my career has turned upside down," he added.

"I've had some fantastic times and then made the short trip across to Burnley, where I was part of a promotion-winning team and managed to play in the Premier League.

"It was such a thrill to come back to Preston last summer. It's sad that it's over, but I played my last game at Deepdale and scored again at Deepdale.

"I've had a fantastic time in the north west. It's been a major part of my career and my life."

As well as his success at club level, Alexander also won 40 caps for Scotland.

On Sunday, he received the PFA Merit award at the annual ceremony in London, in recognition of his services to the game.