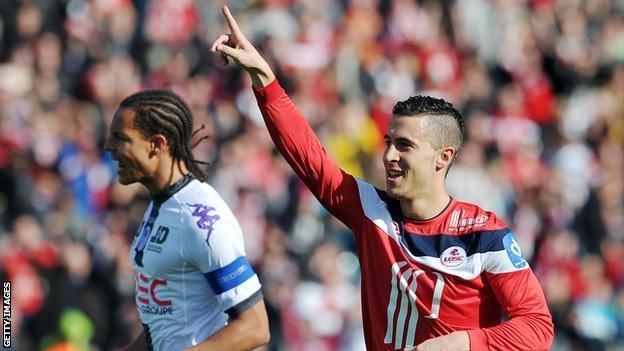 The 21-year-old has been linked to a host of English clubs, including Manchester City, Arsenal, Chelsea and Tottenham.

And Ferguson told French radio station RMC Sport: "I came to watch Lille play Lyon and followed Hazard of course, along with other players.

"He is a very good player who has many qualities. He is particularly fast over the first 10 yards."

Hazard became Ligue 1's youngest ever professional at the age of 16 and three months, and has scored 32 goals in 142 league games for Lille, including 16 in 33 matches this season.

He made his international debut at the age of 17 and has scored once in 26 caps.