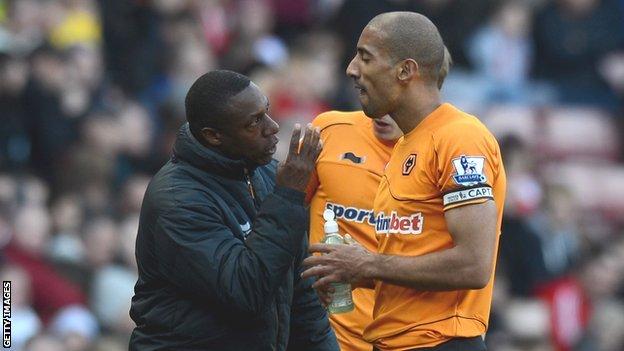 Connor has overseen the club's Premier League relegation after taking just two points from a possible 30 since becoming manager in February.

"I think he's done a great job, whether other people outside the club think that or not," Henry told BBC WM.

"We've seen the job he's done in the dressing room. It's a tough job that he's had to deal with."

Connor was promoted from assistant manager after Mick McCarthy was sacked following a 5-1 home defeat to West Brom, an appointment that saw the Black Country club's owners heavily criticised.

"I think for any manager coming in at that time of the season it's a tough task. We've tried to do what has been asked of us," Henry added.

With Connor revealing that his and the players' futures will be decided at an end-of-season meeting, Henry stated that he would be happy to stay at the club, alongside his manager.

"Who knows what will happen next season? But if Terry Connor does get the job I'm sure he'll do a great job.

"I've got two years left [on his contract] here and I want to be back in the Premier League."