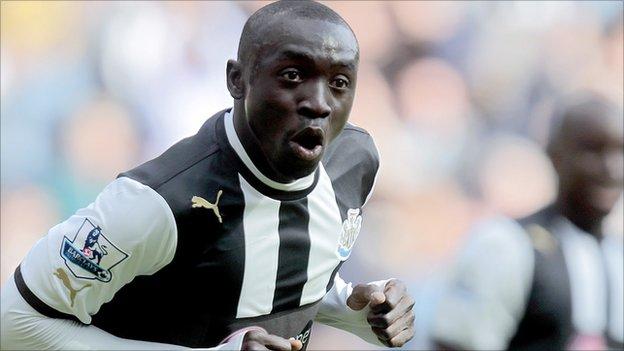 Newcastle United utility player James Perch has admitted even he and his team-mates were unaware of Papiss Demba Cisse before his arrival at the club.

The Senegal international has scored 11 goals in 10 games, nine of which have come in the last six matches since his £9m move from Freiburg in January.

"I didn't know of him and I don't think many of the other lads did," Perch told BBC Newcastle.

"Everyone knows him now, he's a special player, a special talent."

Such has been Cisse's impact, that he has only failed to score in two of his 11 appearances for the club.

After netting on his debut at home to Aston Villa, Newcastle have lost just once with the forward in their ranks, to seal a European place next term.

"It's been such a fast start for him, he's landed and just taken off,"

"It's hard to talk about him, because he just scores, and always has a smile on his face.

"He pulls something out of nothing, and it's not just in games, he does it in training as well, where sometimes you sit back and wonder, 'how did he do that?'".