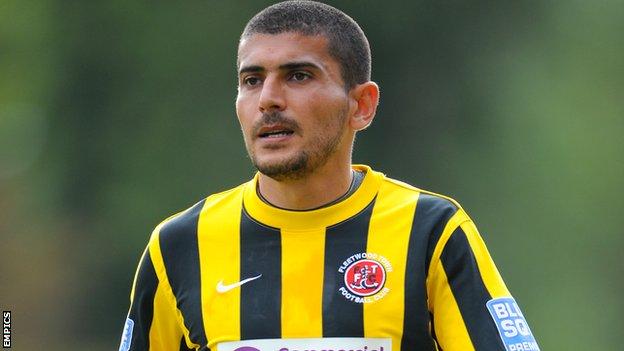 Forest Green have confirmed they are in talks with Magno Vieira over a possible summer move for the Fleetwood striker.

Brazilian Vieira, 27, has been an integral part of the Cod Army's rise through non-league in the past two seasons, scoring 31 goals in 56 starts.

"I can confirm that we have been in negotiations to sign Magno," said chairman Dale Vince.

"Discussions are concluded and we we will make a further announcement once the season ends."

He added: "This has been a significant part of our planning - of our push for promotion to League Two next season."