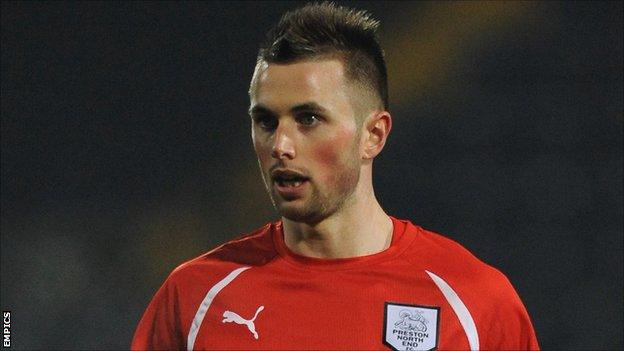 Chris Holroyd believes Preston need to work on the attacking side of their game to become a force in League One.

In 19 matches since Graham Westley's appointment as manager in January, Preston have scored just 12 goals.

"We've not scored that many goals as a team and it's one area that we've been looking to improve on," Holroyd told BBC Radio Lancashire.

"We shut up shop defensively and now it's time to start developing our attacking play."

The striker continued: "First and foremost, he wanted to get those clean sheets. When you get them, you know you can nick games."

Holroyd scored for the Lilywhites in the 1-1 draw at Oldham on Saturday, his first goal in 18 appearances since arriving at Deepdale from Rotherham in January.

"It was a great feeling to score," added the 25-year-old. "Danny Mayor put a brilliant ball across to me.

"He's a match-winner and you always know he's going to create one of those moments for you. That's what he's on the field for.

"Now we want to put on a good show in the final two games of the season.

"After a difficult season, to finish in the top half of the table would be a good achievement."