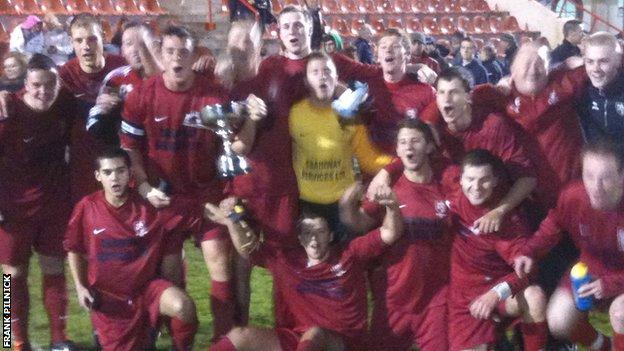 St Brelade ended the best season in their history by claiming a Jersey Championship league and cup double.

The western side beat Beeches 4-1 at Springfield to lift the Touzel Trophy.

Seb Poole gave the Reds an 18th-minute lead direct form a corner and Jay Thompson made it 2-0 on 47 minutes.

James Walsh got a third with an impressive long-range lob, former St Brelade captain Simon Logan then pulled one back for Beeches before Ollie Nightingale got a fourth.

The win means St Brelade win their first ever league and cup double in the island's second tier.

They were promoted to the Jersey Premiership for just the second time in their history last month after Gary MacDonald's side won the Championship title.