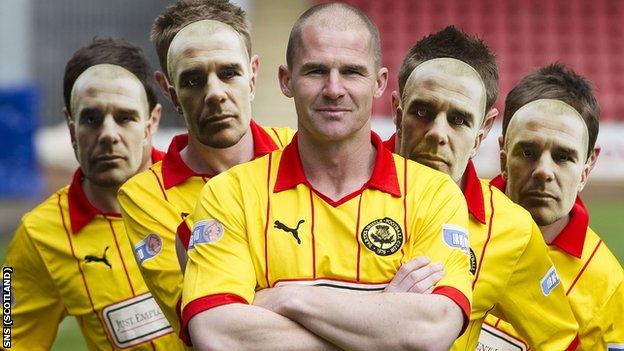 Partick Thistle captain Alan Archibald is gearing up for his 400th appearance for the First Division club.

The club will mark "Archie Day" for the 34-year-old defender when he faces Falkirk at Firhill on Saturday.

Archibald, who has scored nine goals for the Glasgow club, is enjoying his second spell at the club.

He made his Thistle debut in 1997 and impressed in central defence before joining Dundee United in 2003.

Archibald returned to Thistle following four years at Tannadice and is considering moving into coaching.