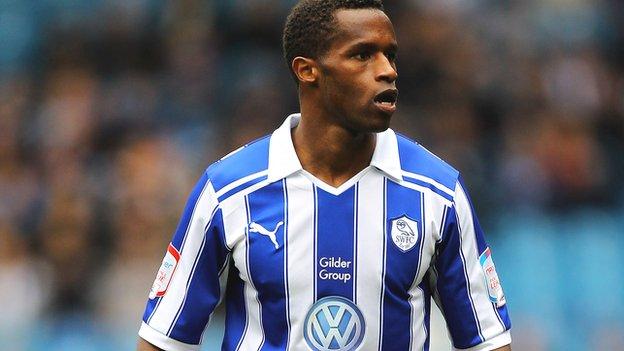 Sheffield Wednesday defensive midfielder Jose Semedo thinks the race for promotion with Sheffield United will go down to the final day.

The Owls won on Saturday to close the gap to the Blades to one point.

"I think it will go to the final game of the season to see who will follow Charlton," he told BBC Radio Sheffield.

"We have to congratulate Sheffield United because they have been brilliant this season and hopefully we will have more big derbies in the next division."

He added: "We just have to do the best we can. During the game we are totally focussed on winning, it's only afterwards where we can think of promotion."

Semedo, 27, has been ever-present in the league for the Owls since joining the Hillsborough side from Charlton in the summer.

The Portuguese midfielder believes the side have what it takes to succeed in the Championship, should they secure promotion back to the second tier.

"I think Sheffield Wednesday is a massive club and all the people in Sheffield know that," he continued.

"We have the potential to do well in the Championship, why not?"