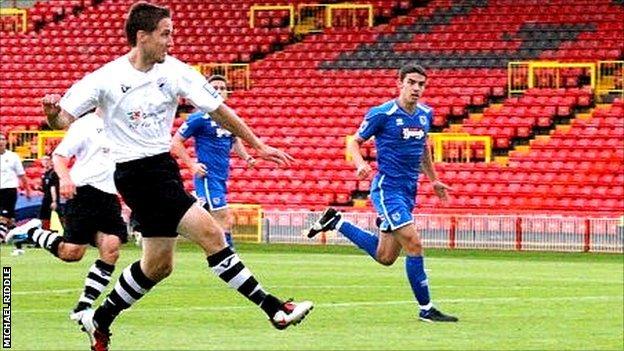 Gateshead boss Ian Bogie has said the club can be proud whatever their league position after a competitive season in Blue Square Bet Premier.

Last weekend's 4-2 defeat at Bath ended their play-off hopes, although Bogie was proud of the squad after they held Luton to a goalless draw on Tuesday.

"I cannot fault the effort and determination the lads have shown."

The Tynesiders looked likely to be among the teams challenging for automatic promotion when they topped the table in August, and were fourth in the division in mid-January.

However a spring-time slide, partly down to injuries to prolific strikers Yemi Odubade and Jon Shaw, saw Bogie's side tumble to 11th prior to Tuesday's fixtures.

"Expectations went through the roof with our early season form," Bogie added.

"We've had key players missing at vital times of the season, which although I never make excuses, we've had to utilise the squad.