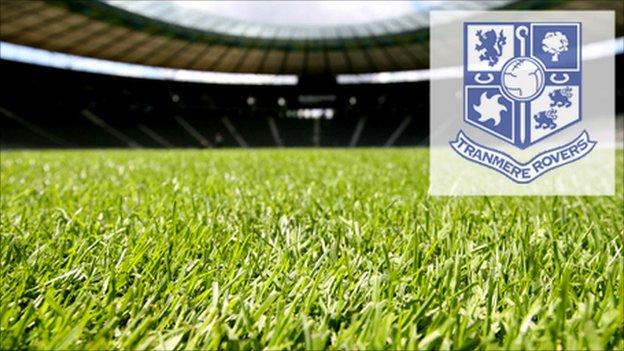 Andy Coughlin is convinced he will be ready for his Tranmere Rovers debut when he replaces the suspended Owain Fon Williams at Colchester on Saturday.

The 19-year-old goalkeeper played 18 minutes of the 1-1 draw against Hartlepool after Fon Williams was shown a red card for a professional foul.

Coughlin told BBC Radio Merseyside he will not feel many nerves when he make his first League One start.

"I'm looking forward to it because I've waited a long time for it," he said.

"I think I've been ready for a long time. I used to get nervous for games but I've been around the first team for a while now so I can't wait for it.

"I play with the defenders all the time in training and reserve matches so I know them all really well."