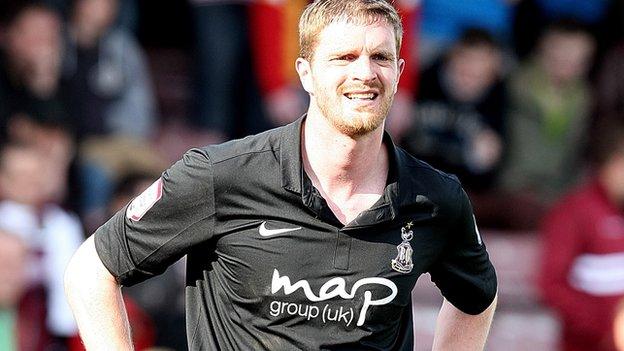 Bradford City defender Luke Oliver has praised the impact that visiting a sports psychologist has had on his form this season.

The 30-year-old sees a psychologist once a month.

"Peter Taylor put myself James Hanson and Luke O'Brien on to seeing someone and it struck a chord with me," he told BBC Radio Leeds.

England international Carlton Cole and Celtic striker Antony Stokes have both used a sports psychologist to help with performance.

"It's a bit of a taboo subject in football but I can definitely say that I've seen the positives of it."

He added: "I went there with the intention of it improving my consistency and obviously it's paid off because that's what people keep complimenting me on.

"It helps you to prepare for the game ahead and not get stressed out about it."

Oliver was named the club's player of the year on Tuesday, having made 44 appearances for the Bantams this campaign.

Despite this, the former Wycombe man is still unsure as to whether his future lies at Valley Parade as he approaches the end of his contract.

"I honestly don't know how it's going to work, it's up to the chairman and the manager," he continued.

"I think it's because of the safety element really. Now that we are safe I think the gaffer will start to look to next year."