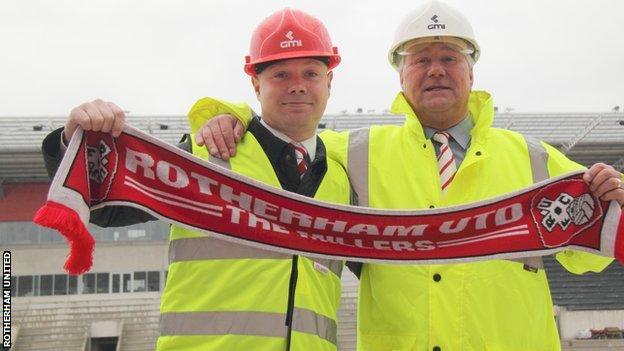 Rotherham United have appointed Richard Stewart as their new vice-chairman.

Stewart, who has been a director at the club for the last four years, is the son of current Millers chairman Tony.

"Behind the scenes Richard has played a vital role on the operational side of the club, and has been heavily involved in the development of the new stadium," Tony Stewart said.

"It's an honour to be handed this new responsibility, at such an exciting time," added Richard Stewart.