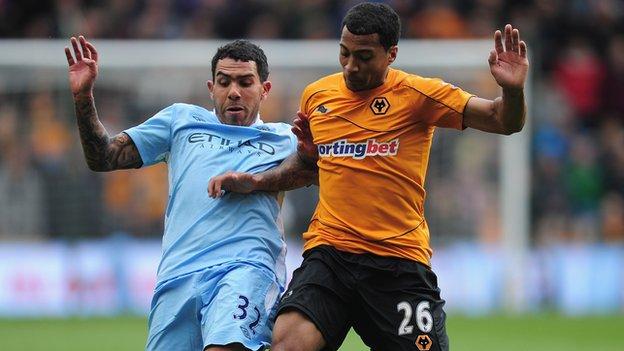 The Smethwick-born 21-year-old still had 14 months left on his current deal.

But he has impressed since taking his first team chance last month, catching the eye in Sunday's relegation-sealing home defeat by Manchester City.

"It's down to the fact that he's played really well, like against people like Yaya Toure and Gareth Barry at the weekend," said manager Terry Connor.

"He's done well in his own right in the Premier League and he's earned a contract."

After making his Wolves debut in the Carling Cup win at Northampton in August, Davis has now started six of Wolves' last seven Premier League matches.

And his promise was reflected by the home crowd's hostile reaction to Davis being the one sacrificed to bring on a replacement defender when Sebastien Bassong was sent off after just 10 minutes in the home defeat by Arsenal a fortnight ago.

Davis made his Football League debut when he went out on loan to Darlington two seasons ago.

He then spent a short spell at Walsall last season before spending the final four months just up the road with former Wolves boss Graham Turner at Shrewsbury.

Davis then made an August deadline loan move north of the border to Inverness, before returning to England to be loaned out in January to Chesterfield, where he spent two months.