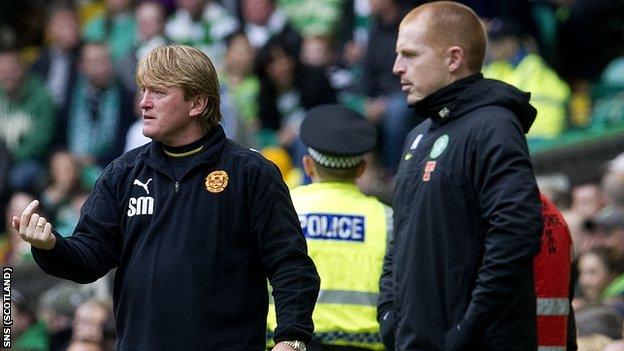 Celtic's Neil Lennon is in the running to become the PFA Scotland manager of the year.

Motherwell sit third in the SPL, while County are First Division champions.

Managers from across Scotland's four senior leagues, as well as Scotland boss Craig Levein, cast their votes and the winner will be announced on 6 May.

Celtic wrapped up the title with five games to spare following a thumping 6-0 win at Kilmarnock on 7 April.

County were celebrating four days later and will make their debut in the top flight next season, having lost just one league match in their campaign.

Motherwell have been heading the non-Old Firm pack since the beginning of the season and are currently three points ahead of fourth-placed Dundee United.