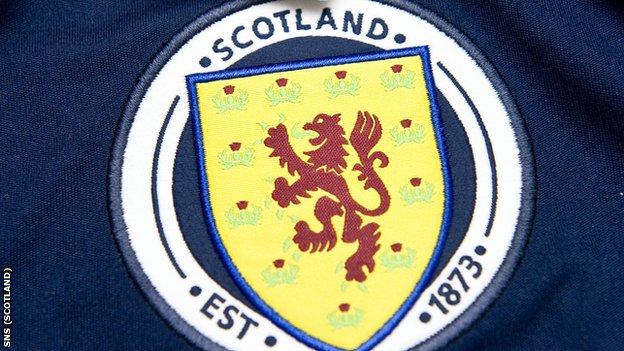 Police have given security advice to members of a Scottish FA panel that handed out punishments to Rangers, after their identities were revealed.

The names of the three-man board responsible for imposing a year-long transfer embargo on the Ibrox club have been published on internet sites.

The SFA say all three have since received "abusive and threatening communication".

It adds that Strathclyde Police are taking the threats seriously.

A statement from the governing body reads: "We are deeply concerned that the safety and security of judicial panel members appointed to a recent tribunal has been compromised by a wholly irresponsible betrayal of confidential information.

"The judicial panel consists of volunteers from across the spectrum of sport and business in Scotland. They are appointed on the basis of anonymity yet all three panel members have reported intrusion into their personal and work lives, including abusive and threatening communication.

"This has been extended to directors of the Scottish FA, whose private details have been published on internet sites and who have, themselves, been victims of abusive communication.

"This culminated tonight in a visit by Strathclyde Police, who are taking seriously the threats made towards the individuals involved. We are thankful for their advice and support in these matters."

The judicial panel process was approved unanimously by all member clubs... to bring efficiency, transparency and independence to the execution of football rules.

One of the individuals on the panel, who the BBC are choosing not to name, said that he is now considering his future involvement in the process.

"I cannot discuss anything about the case for reasons of confidentiality," he told BBC Scotland.

"I hope that when the statement of reasons is published by the SFA in due course, that responsible people will understand the reasons for the decision.

"I have no axe to grind with any football club."

Rangers were hit with a 12-month transfer embargo on players over 18, while owner Craig Whyte has been banned for life from any involvement in Scottish football.

The club, who are in administration, were also fined £160,000 after they were found guilty of five rule breaches.

The club's administrators say the penalties are "prejudicing the survival" of the ailing Glasgow giants and intend to appeal against the decision.

Rangers fans have been incensed by the ruling and manager Ally McCoist claimed the punishment could "kill" the club.

An emotional McCoist then went on to criticise the SFA's methods, adding: "Who are these people? I want to know who these people are.

"Make no mistake about it, this is an SFA decision. They have appointed the panel so therefore they are working for the SFA, but who are they?

"I think we have a right to know who is handing out this punishment to us, I really do."

SFA chief executive Stewart Regan refused to comment on the ruling, given the governing body will have to hear an appeal against it.

However, he did defend the organisation's revamped disciplinary procedures and stressed the panel acted on the findings of an independent inquiry chaired by former judge Lord Nimmo Smith.

"The judicial panel tribunal is an independent body made up of three members appointed from a list of more than 100," he said in response to the furious reaction from fans and the administrators.

"The implementation of the judicial panel process was approved unanimously by all member clubs at last year's annual general meeting to bring efficiency, transparency and independence to the execution of football rules."