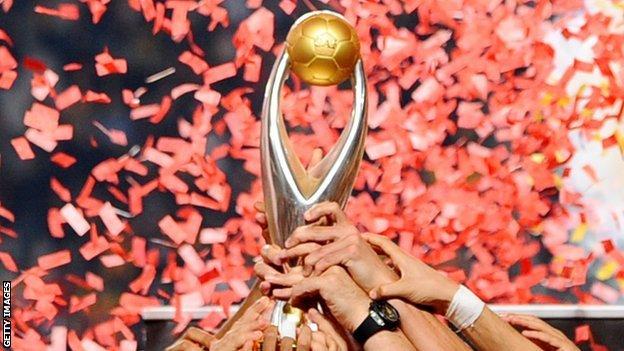 Sixteen teams go in search of a place in the group stage of the African Champions League this weekend, with five former winners involved in the second round.

Reigning champions Esperance are joined by Al Ahly, Zamalek, TP Mazembe and Etoile du Sahel, with the winners over two legs going through to the lucrative group stage.

A fiercely competitive second round also includes three teams which have been beaten finalists, Stade Malien, Dynamos and Coton Sport.

Last year's winners, Esperance will face Dynamos at home in the first leg. The Tunisian two-times champions will be wary of Takesure Chinyama. His three goals shook off Liga Muculmana in the first round.

Egypt's leading side, Al Ahly, are away at Stade Malien in the first leg of their second round encounter.

The six-times winners will lack match sharpness, having been without competitive matches since 1 February.

Stade Malien were runners-up of the very first African Champions Cup in 1964, when they lost to Oryx Douala in Accra.

"It's very important for us to play against Al Ahly because it's a great club in Africa," said Stade Malien chairman, Boukari Sidibe.

"Stade Malien also have a lot of experience because we have a good reputation in Africa. We expect a lot from Al Ahly but we don't have an inferiority complex.

"I think it will be difficult but we are very confident."

Ahly's Cairo rivals Zamalek, winners of this competition five times, are in Morocco for the first leg. They travel to Confederation Cup holders MAS. Zamalek's last success came in 2002, when they defeated Raja Casablanca.

Much is expected of TP Mazembe, the four-times champions of the DR Congo. Al Merreikh will arrive in Lubumbashi mindful of the fact that Mazembe thumped six goals past Zambian visitors Power Dynamos in the first round.

Meanwhile, it is hoped that the success enjoyed by English club Chelsea in reaching the European Champions League final, may rub off on Ghanaian team Berekum Chelsea.

Their quest for continental glory is still in the early stages, as they prepare to tackle the 2008 runners-up Coton Sport of Cameroon.

The winners of the second round ties will qualify for the group stage, and will be guaranteed a minimum $400,000, while the losers will be given a second chance in the Confederation Cup.