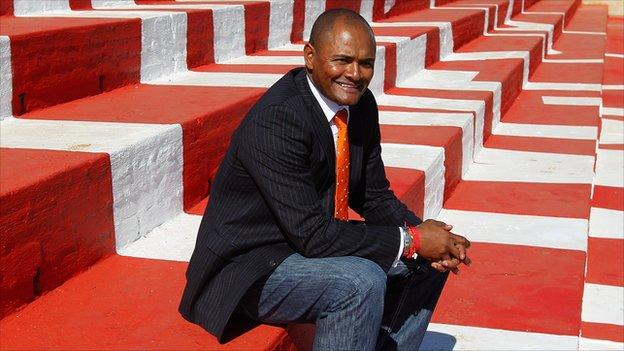 Former South Africa striker Shaun Bartlett has got his first coaching job as he joins local club Golden Arrows as an assistant.

He will be working under Turkish coach Mushin Ertugral at the club.

Bartlett spent six years in England with Charlton before returning to South Africa to end his playing career with Kaizer Chiefs and Bloemfontein Celtic.

The club said on its website: "His appointment is a welcome addition to Golden Arrows' coaching team."

"It's expected that his technical input will enable an exciting partnership, and thus continue, the exciting form shown this season," the website added.

He also won the 1996 Africa Cup of Nations with Bafana Bafana as well as featuring for them at the 1998 World Cup, scoring two goals.