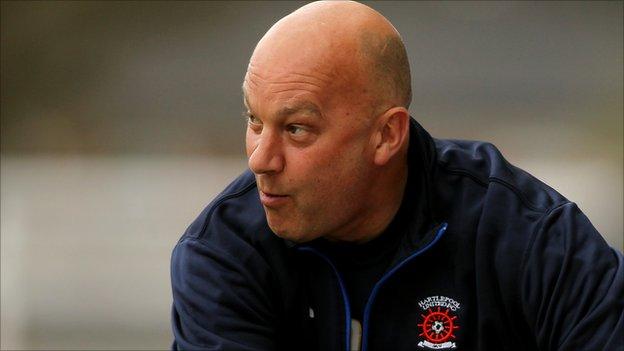 Hartlepool first-team coach Neale Cooper has outlined a lack of craft in his squad as an issue he hopes to address at the end of the season.

Cooper's frustrations lie with Pools' record of 46 goals in 44 League One games, with only 19 netted at home.

"There are some good players here, good lads, but it's not about that, it's putting a winning team on the pitch."

Home form in general has been a disappointment for Pools, with half of their fixtures at Victoria Park this term ending in defeat.

The lack of goals is highlighted by the number of goals scored by his squad; James Poole and Antony Sweeney are joint-top marksmen with seven, while Adam Boyd has six - 16 short of Huddersfield striker Jordan Rhodes' personal tally of 36 between them.

"It's not been good enough at home, I think if we had won half the home games we'd be up there challenging," Cooper added.

"That has to be sorted in the summer, but we need to finish as best as we can.

"We're not covering over things, definitely players need to come in, in certain areas that we feel we need to strengthen."