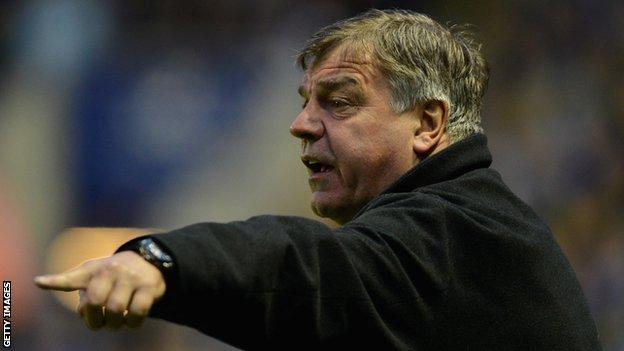 West Ham boss Sam Allardyce says they will have had a great season even if they miss out on automatic promotion.

The Hammers need to win on Saturday and hope Southampton drop points in order to finish second in the Championship.

He told BBC London 94.9: "Considering the turnover of players and the state of the club when I walked in, this is a happy club now with a soul.

"We know we were good enough to clinch first or second but where we've come from we've had a magnificent season."

He added: "There's been peaks and troughs but overall the team has gone through the whole season losing only eight [league] games.

"That is a magnificent achievement whether we finish third or second."

If Southampton draw at home to Coventry, West Ham would need to beat Hull by a margin of three or four goals - depending on how many Southampton score - to clinch an immediate return to the Premier League.

Allardyce has called on his players to do all they can and fulfil their half of the equation just in case Saints drop points.

"We don't want to come off the field and not having taken advantage of a slip-up by Southampton," he continued.

"But at least we'll finish on a high. We've only lost one game in 17 and our momentum will take us forwards into the play-offs if need be."