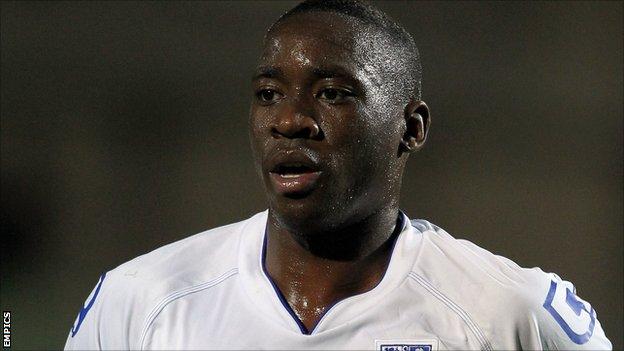 Striker Lucas Akins believes Tranmere could be promotion contenders in League One next season under Ronnie Moore.

The 59-year-old has transformed Rovers' fortunes since returning to the club in March and signed a new one-year contract at Prenton Park on Monday.

"We've shown that if we can apply ourselves through the season, we should be pushing for at least a play-off spot," Akins told BBC Radio Merseyside.

Tranmere are 11th in League One after six wins in the last 10 matches.

They had been in danger of dropping into the relegation places when previous manager Les Parry was dismissed, and Akins believes recent results have helped to improve the mood.

"Tranmere's a good club and it's a good place to be," said the 23-year-old. "There's a feel-good factor around the place and the club as whole.

"You come into training every day and you look forward to it."

Tranmere go to Colchester on Saturday, with teenage goalkeeper Andy Coughlin set to make his debut in place of the suspended Owain Fon Williams.

"It's a good opportunity for him," said boss Moore. "We've got all the faith in the world in him.

"He's got nothing to lose, he just needs to go out there and perform for us."