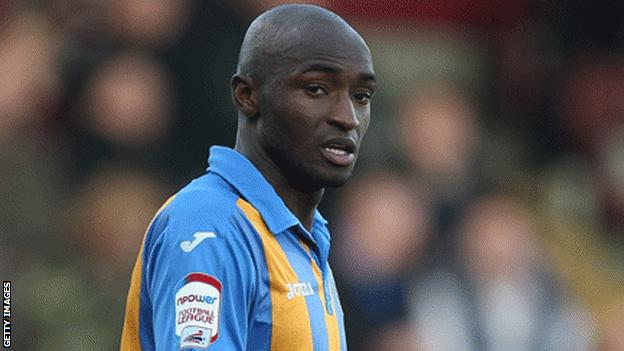 Marvin Morgan believes that winning promotion this season would be his biggest achievement.

Shrewsbury will go up if they beat the 28-year-old's former club Dagenham & Redbridge in Saturday's League Two match at the Greenhous Meadow.

"It would be my biggest achievement in football because obviously I've come from non-league," the striker told BBC Radio Shropshire.

"My task was to be a league player and get promoted and win trophies."

Morgan thinks that victory on Saturday could also put Town back in with a chance of taking the league title.

League leaders Swindon play Port Vale at home this weekend but have lost their last two games and the gap at the top is down to four points.

"Hopefully Swindon won't get maximum points and we can put pressure on them again," he added.

"When I first came here I thought we could win the league and we've still got an outside chance."