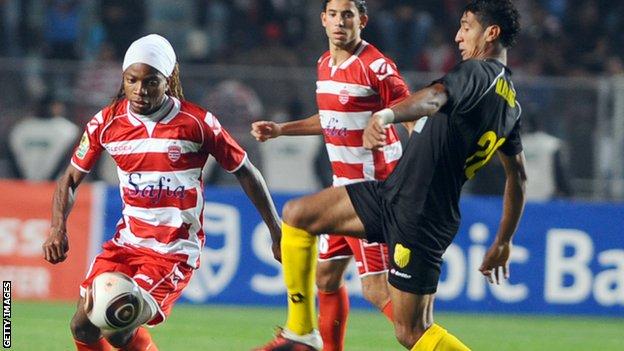 Tunisia's Club Africain will need to be on their best behaviour this weekend when they travel to Swaziland for their Confederation Cup third round tie.

Meanwhile, Black Leopards will view the competition as a welcome distraction from their relegation battle in South Africa's Premier Soccer League.

Leopards, though, are minus key staff on the trip to Warri Wolves in Nigeria.

With inoculations needed, coach Vladislav Heric opted to stay behind, as he has a phobia about injections. His assistant, Abel Makhubela, is attending a course in Germany.

Instead, technical director Sunday Chidzambwa will take charge for the first leg.

A third team with leopard in their name also make the trip to Nigeria. AC Leopards of Congo Brazzaville face Heartland.

Tanzanian club Simba will seek to put aside domestic disappointment as they continue their quest for continental glory in the Confederation Cup.

Morocco's other representative at this stage, CO Meknes, go up against former African champions, Asec Mimosas, with the first leg in Abidjan.

Last year, InterClube became the first team from Angola to reach the semi-finals of this competition. They are home to Sudan side Al Amal this weekend.

Winners from the third round will face the Champions League third round losers for a place in the group stage.