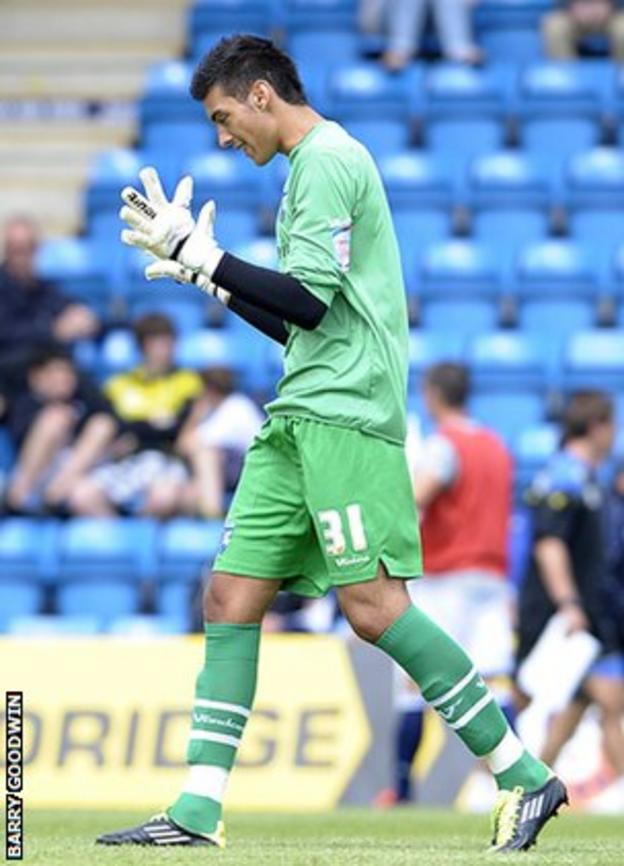 The 20-year-old has impressed since establishing himself as the League Two side's number one stopper in February.

"It won't be easy but Paulo is under contract for next season and he's still learning his trade."

He added: "It [the interest] doesn't surprise me. There's been some big clubs here watching at every home game.

"But we want to keep Paulo.

"I've only just brought him to the club. He's one we were lucky to get, he got his opportunity and he's done ever so well."

The Argentine joined the Gills on a free transfer last summer but Hessenthaler says he may let him leave at the end of the season if the club receive the right offer.

"Money talks doesn't it," he continued.

"Everybody's got their price, especially at out level. Over the years, we don't stand in players' way."