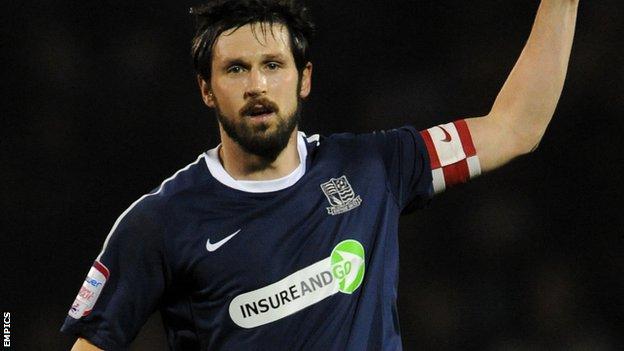 Torquay United manager Martin Ling has handed a trial to former Southend and Dundee United midfielder Craig Easton with a view to a summer move.

The 33-year-old Scot is a free agent after being released by Dunfermline in February following just three appearances since his summer move.

"He's 33 and I said to him 'come and show me your fitness levels'," Ling told BBC Radio Devon.

The Gulls boss says he sees Easton as being experienced cover for Damon Lathrope in front of the back four.

"No-one else does it in a natural way, Craig would and so that's what I'm looking at."

And despite the former Scotland Under-21 international being in the twilight of his career, Ling still feels he has something to offer Torquay.

"When he was at Orient he was our fittest players and even though he's 33 there's still some miles in the legs in my opinion," he said.

Lathrope is out of contract in the summer, but Ling says is certain that the 22-year-old will sign a new deal.

"As a manager you've got to look ahead, if you don't look ahead you'll get left behind," he said.

"Me and Damon Lathrope have had a handshake and that handshake won't change things.

"But it's a done deal, without a shadow of a doubt."