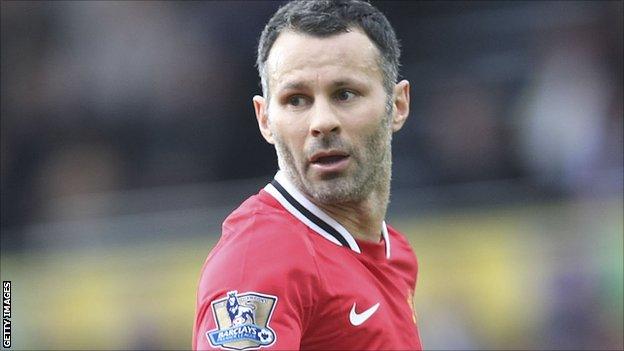 Ryan Giggs believes Monday's Manchester derby is the "biggest in recent times", with the result likely to determine who wins the Premier League title.

"We've been saying for the last two or three years that every derby is the biggest ever," the United midfielder, 38, told BBC Radio Manchester.

"With three games to go, we're neck and neck for the title, so it's up there.

"There's no mistaking this is a massive game and obviously the biggest in recent times."

United head into one of the most eagerly anticipated games in Premier League history with a three-point lead over rivals City, and any positive result at Etihad Stadium will make them strong favourites to lift their 20th league title.

However, with City possessing a superior goal difference, a victory for Roberto Mancini's side will take them to the top of the table and in pole position to become champions for the first time since 1968.

"We realise that it's a big game, but as a player you're used to it, and as a United player, you're definitely used to it," Giggs added.

"If I'm involved, I'll be more excited than anyone, even though I've played in so many.

"Those games are why I'm still involved in football because they're big, title-deciding games and they're as big as you can get.

"We've got to make sure we prepare right and make sure we're ready when Monday comes. It's still in our hands and if we win we're in a brilliant position."