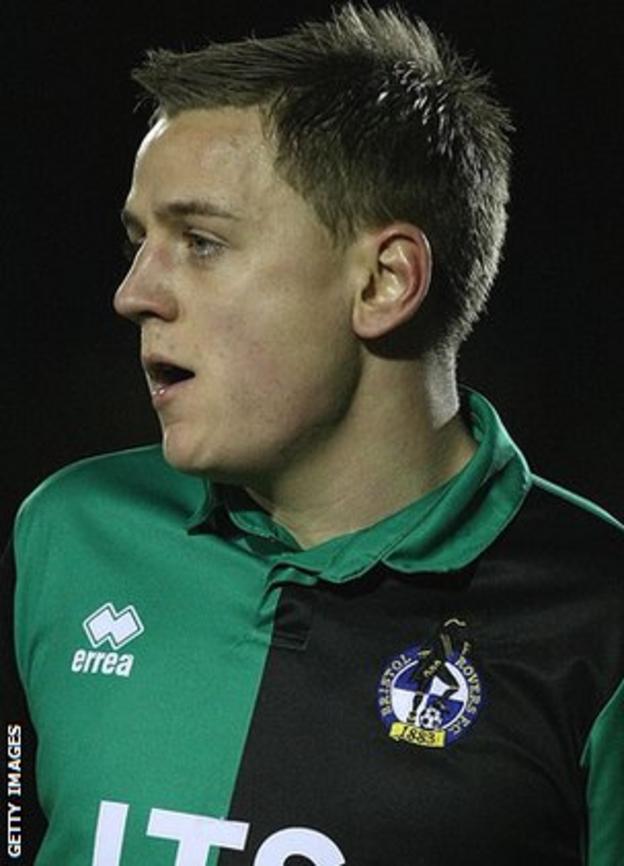 The 20-year-old came through the Pirates' youth squad and made his first-team debut in February 2010.

This season, Richards has scored 10 goals in 35 games, including a hat-trick in their 7-1 win over Burton Albion earlier this month.

"I've been in talks for a while," he told BBC Radio Bristol. "I'm really happy with it and hopefully next year I can push on."

The forward continued: "We've had so many managers in the past that have come in and we've had to prove our worth.

"Luckily, Mark McGhee thinks I'm good enough and has given me a new deal."

Richards has made 15 appearances - eight as a substitute - since the arrival of manager McGhee in January and the Scotsman says the youngster must now earn the right to be a regular starter in the Rovers team.

"He's a young player who's proven to have potential but I think he has a lot to do, in all sorts of aspects of his game, to become the complete player," said McGhee.

"He has shown a willingness and an appetite to learn and he's got a long summer of work ahead of him to come back even stronger next year.

"He's got goals, pace, skill - everything a young striker should have. He's now got to make football a lifestyle."

The 19-year-old has sidelined for most of the season after picking up a cruciate ligament injury on the first day of pre-season training.

He is now back to full fitness and is currently on loan to Clevedon Town.