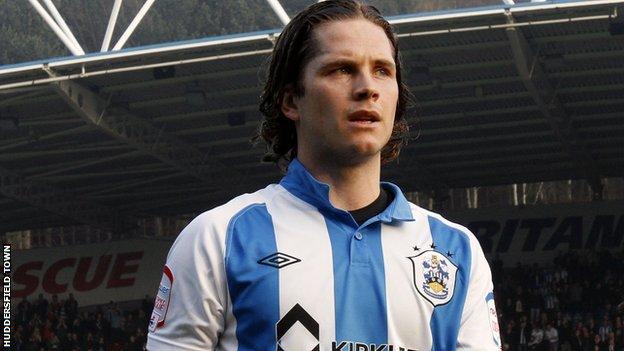 Huddersfield Town have terminated the contract of international midfielder Joey Gudjonsson by mutual consent so he can move back to Iceland.

The 31-year-old was scheduled to leave the Galpharm at the end of the season.

Terriers boss Simon Grayson told the club website: "He has received an offer to go back to Iceland to play and I agreed he could leave."

Gudjonsson joined the Terriers in the summer of 2010 and made 56 appearances, with his last game a month ago.

He began his English career with Aston Villa and went on to have stints with Wolves, Leicester City and Burnley.

"I've thoroughly enjoyed my time here. Everyone connected with the club has been great to work with," he said.