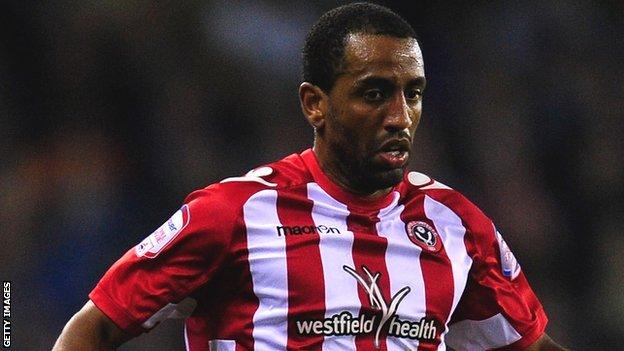 Sheffield United winger Lee Williamson is hopeful of agreeing a new contract with the League One side.

Williamson, 29, who has scored 12 goals this season, is out of contract at the end of the campaign.

"I'm getting older now so I need to look at securing my future. When your contract situation is uncertain it can be a bit frightening," he told BBC Radio Sheffield.

"I've enjoyed my time here and I'm sure I can sort something in the summer."

He added: "With the younger players coming through it can mean players dropping down the leagues or dropping out of football altogether, which is obviously not something I want."

The Blades are currently second in League One with two games remaining, one point clear of local rivals Sheffield Wednesday.