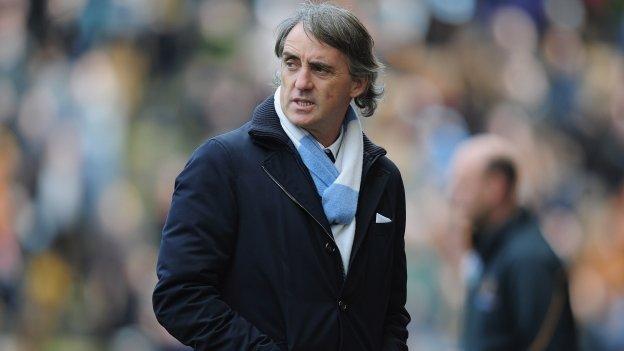 Roberto Mancini should be remain as Manchester City manager even if they fail to win the Premier League this season, according to the club's former defender Andy Hinchcliffe. 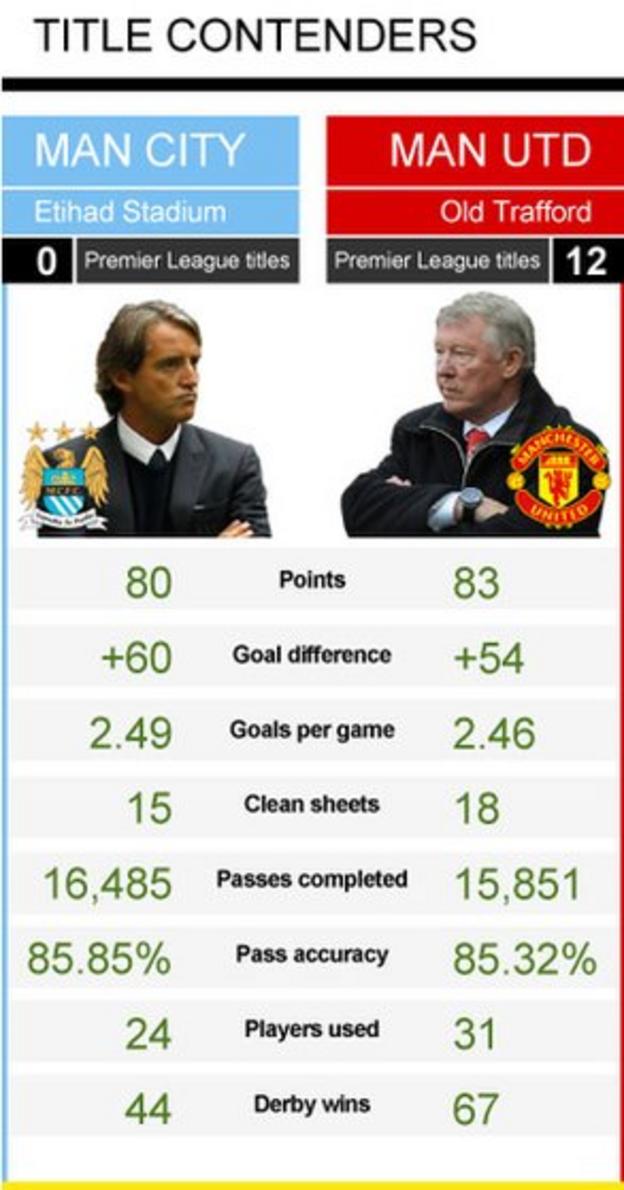 in a derby that could decide title race after cutting Sir Alex Ferguson's side's advantage from eight points to three in three weeks.

The club's Abu Dhabi-based owner Sheikh Mansour has strongly suggested that Mancini will remain in place regardless of the outcome of the season - and Hinchcliffe thinks continuity is crucial.

Hinchcliffe played over 100 times for City between 1986 and 1990, before joining Everton, then Sheffield Wednesday. He also won seven England caps.

He told BBC Sport: "I think Mancini certainly deserves at least one more season in charge.

"Whether the Premier League is the be-all and end-all, he will certainly say - and I agree with him - that he has really moved the club on in the way it has performed, the points they have gained and league position.

"Winning the title would be fantastic and is clearly the ultimate goal for the owners but Mancini can argue there has been obvious progress in the time he has been at the club.

"He has spent a lot of money, so there will be a demand for a return in silverware, but they are in the title race with three games to go.

"That is new territory in their recent history. They are playing wonderful football and the City fans are excited by what they are seeing on the field.

"I also think the City fans really like Mancini. They have seen he has had issues with Mario Balotelli and Carlos Tevez and I think most supporters think he has dealt with it all very well and with the good of the club at heart.

"Sir Alex Ferguson wants that 20th title desperately by keeping City at bay, while others may see Roberto Mancini's team going on to dominate domestically for years to come if they can get that first Premier League under their belt. Has there ever been a bigger Premier League game than this?."

"When he first arrived, maybe he was content to nick wins by the odd goal but with the arrival of so many wonderful attacking players he has altered that.

"Whether City win the title or not, Mancini has proved he can produce attractive, winning football and also handle problems well.

"In time he will be judged on his success and the money he has spent. I do think he would have to do very, very well in the Premier League and in Europe if he does stay on because, when you have that money, there will always be big managers linked with the City job.

"I certainly think he should get at least another season in charge."