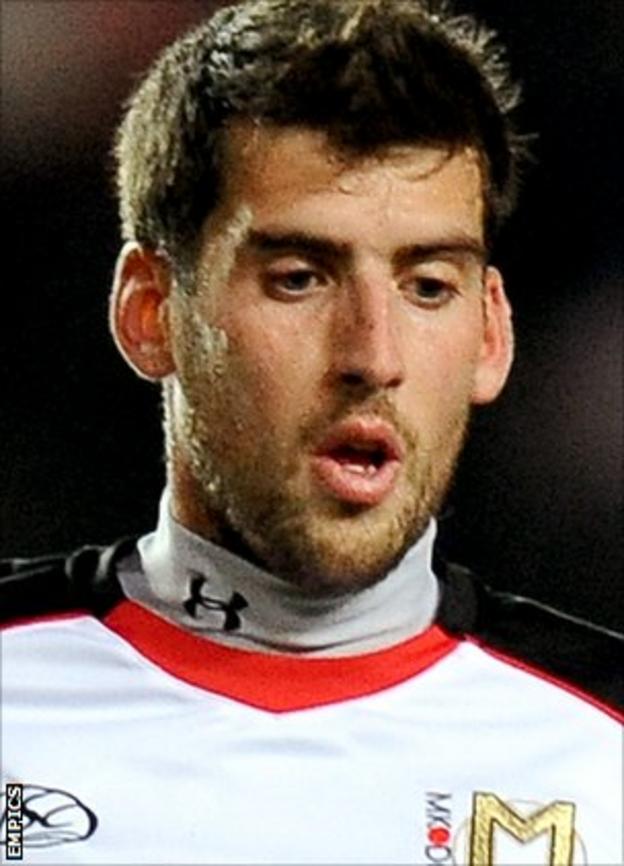 The 24-year-old moved to Gigg Lane in September after being released by Scottish side Hamilton, and has scored one goal in 20 appearances.

Carrington had previously come through the youth academy at Crewe and later spent 18 months with MK Dons.

He told the club website: "A decision was going to be made in March, but with the club not knowing where it would be, it wasn't made straight away."

The Shakers were sixth from bottom at the start of April, but their League One status has been secured with three consecutive victories against Colchester, Bournemouth and Notts County.

They are now in the top half of the table and could finish inside the top 10 with positive results in their final two matches, starting with a