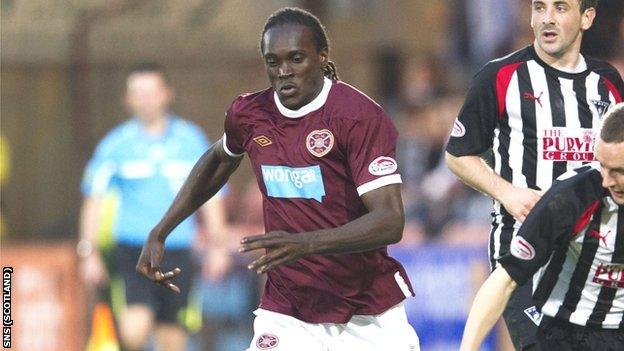 Hearts forward David Obua is to leave the club at the end of the season after four years in Edinburgh.

The Tynecastle club have announced they will not be renewing the Ugandan's contract when it expires in the summer.

"We'd like to thank David for his services to the club during his time with us and wish him well for the future," said a Hearts spokesperson.

Like Obua, the quintet have been told by manager Paulo Sergio that no new contract is on offer.

Obua, 28, joined Hearts from South African side Kaizer Chiefs in 2008 and has made more than 90 appearances.