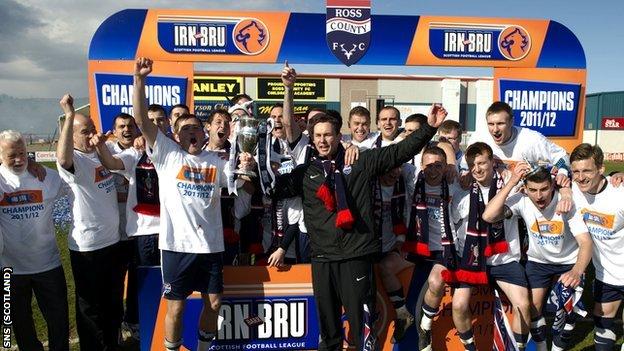 Champions Ross County celebrated their final home match of the season in style with a resounding victory over Hamilton Accies.

Accies, the only team to beat Ross County in the league this season with a 5-1 win at New Douglas Park in August, pulled one back through James McAlister's long-range strike just after the break.

But Stuart Kettlewell's tap-in quickly restored the home side's two-goal advantage and Brittain soon grabbed his second of the day.

Michael Gardyne smashed the ball high into the net to complete the Highlanders' win on 77 minutes.

After the match, Derek Adams' side were presented with the Scottish First Division trophy.