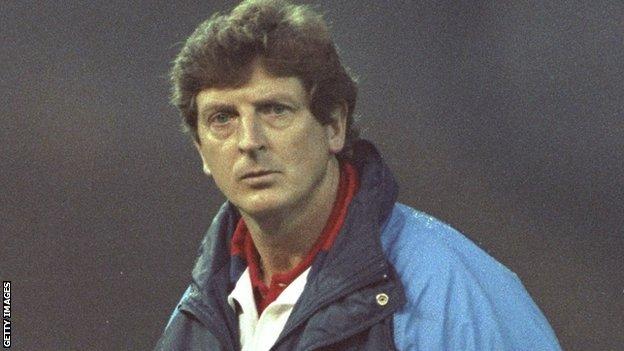 Domestically, Roy Hodgson has come from non-league as a player to the Premier League as a manager. Internationally, his coaching career has taken him from Europe to the United Arab Emirates and back again.

His has been a wide-ranging and cosmopolitan life in football. Here BBC Sport looks at how Hodgson's 47-year journey has taken its course.

38.64% - Roy Hodgson's win percentage while managing top-flight clubs in England. In total, he has been in charge for 308 games - leading Blackburn, Fulham, Liverpool and West Brom - and won 119 of them.

1982: Appointed manager at Ashton Gate but dismissed within four months after poor run of results.

1982: Returned to Sweden to lead Oddevold and then Orebro.

1984: Took over at Malmo FF and led club to top of Swedish league for five consecutive seasons, but only won title twice due to temporary play-off system. Won Swedish Cup twice.

He oozes knowledge. Every day on the training ground, players are learning. His enthusiasm is a strength too. Some of the young lads don't even have the enthusiasm he has and he's been in the game 40-odd years. He keeps you mentally challenged as well. The training sessions that he puts on are not just run of the mill, the same ones every day, you have to think about what you do every day. The players are well-drilled, well-organised and everybody knows what each other is doing.

1990: Left Sweden for Switzerland, taking over at Neuchatel Xamax.

1992: Became Switzerland manager, taking them to the 1994 World Cup Finals in the United States. They finished second behind Romania in Group A, losing 3-0 to Spain in the last 16. Led Switzerland to qualification for Euro 96.

1995: Appointed manager of Inter Milan. In first season, finished seventh in Serie A and reached semi-finals of Italian Cup. In second season, Inter lost to Schalke in the Uefa Cup Final on penalties. Record (all competitions): Pld73 W 38 D 26 L19.

1997: Joined Blackburn Rovers and led them to sixth in Premier League and qualification for Europe.

1999: Shortlisted for Austria job. Returns to Inter on 27 April as technical director until the end of the season. Record: Pld 6 W2 L4.

There are too many sackings in Asian football. You cannot expect the coach to wave a magic wand and everything will be all right when you have the same players

2000: Appointed coach of Danish side FC Copenhagen. Linked with England job after resignation of Kevin Keegan.

2001: Took Copenhagen to the Superliga title, with a record of: Pld33 W17 D12 L4, then took over as coach of Serie A club Udinese in August - but parts company with them in December.

2004: Sacked in January after leading side to fifth place at the Gulf Cup then joined Norwegian side Viking FK in May.

2005: Agreed to take over as boss of Finland national team in August.

2008: Fulham won four of their last five Premier League games of the season to stave off relegation.

2009: Guided the Cottagers to their highest ever top-flight finish, seventh, and ensured Europa League qualification. 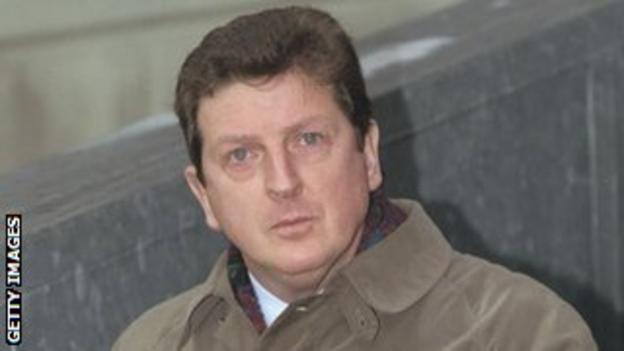 2010: Oversaw a stunning second-leg comeback against Juventus in the Europa League quarter-finals on the way to losing 2-1 against Atletico Madrid in extra-time in the final in Hamburg. Record (all competitions): P171 W64 D50 L57. Announced as new manager of Liverpool on a three-year contract in July.

2011: Liverpool announce Hodgson has left the club on 8 January. Record (all competitions): P31 W13 D9 L9. Took over as West Brom coach on 11 February after the Baggies parted company with Roberto Di Matteo and led them to 11th after a strong end-of-season run.

2012: West Brom granted the Football Association permission to speak to Hodgson about the vacant manager's position on 29 April. Record (all competitions): P43 W20 D14 L19. Confirmed as England manager on 1 May.