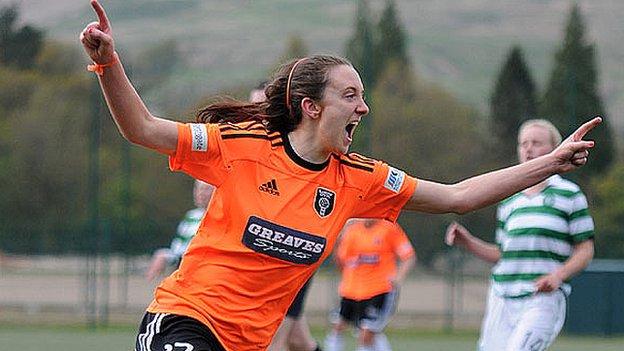 Glasgow City stay three points clear at the top of the Scottish Women's Premier League after a 3-1 win at Celtic.

But second-placed Hibernian gave their goal difference a boost with a thumping 19-1 win over Kilmarnock.

Claire Emslie scored four, while Kirsty Smith and Joelle Murray both managed hat-tricks for the Edinburgh side.