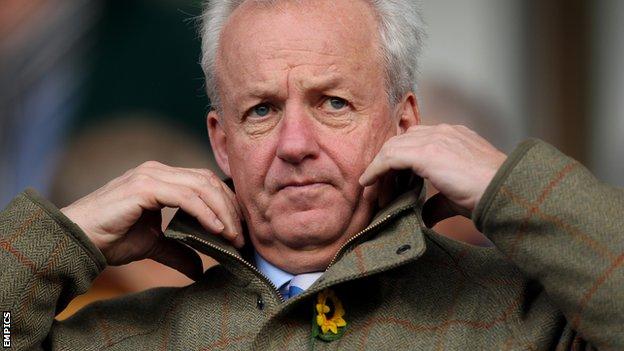 Evans is thought to inject up to £5m a season to keep the club afloat.

"I think you'll find a number of clubs will struggle over the next couple of months," Clegg told BBC Radio Suffolk.

"But we're in the fortunate position of continuing to enjoy the financial backing of the owner."

Evans, who chooses to remain out of the media spotlight, bought the Portman Road side in 2007, but has yet to see his acquired team finish in the Championship play-offs, despite an ongoing desire to bring top-flight football to Suffolk.

Paul Jewell, in his first full season in charge, could only guide Town to 15th place in the Championship, equalling the lowest finishing position during Evans's spell.

"Marcus' enthusiasm and commitment to Ipswich Town hasn't waned at all," added Clegg.

"Marcus continues to invest in the club. We're in a lucky position compared with most others. Clubs out there are struggling financially."

Clegg has also defended the club's approach to contract renewals.

Ipswich were unable to negotiate a new contract with midfielder Grant Leadbitter, who will now leave on a free transfer.

"What you need to do is weigh up the financial commitment of keeping players," said Clegg.

"Particularly if their heart isn't in it.

"People shouldn't think we get to the end of the season and we think 'oh crikey, we've got players out of contract'.

"For the right players we will extend their contract long before the deadline."